Ella runs Happily Ever After, a bookshop nestled in the cobbled streets of York.

She’s a wife, a mother and a successful novelist. But something is missing . . .

One day a strange girl comes into Ella’s shop. Bryony is shy and unsure, and Ella feels a strange connection to her.

With the help of one very special book – and a little touch of magic – can these women help each other find the fairy tale endings they’ve been searching for?

I was given a copy of this book for an honest review. I love the cover it is simple but pretty and makes you want to delve into the story. I liked the story about Ella and how she copes with being a wife and mother alongside trying to write her book. Then she meets Bryony and feels a connection with her, but what will happen? I found this a nice easy read and it gave me a warm glow inside. 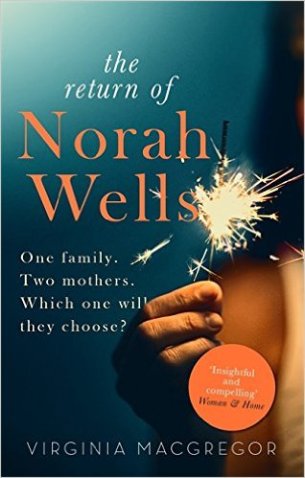 One ordinary morning, Norah Wells walked out of her house on Willoughby Street and never looked back. Six years later, she returns to the home she left only to find another woman in her place. Fay held Norah’s family together after she disappeared, she shares a bed with Norah’s husband and Norah’s youngest daughter calls Fay ‘Mummy’.

Now that Norah has returned, everyone has questions. Where has she been? Why did she leave? And why is she back? As each member of the family tries to find the answers they need, they must also face up to the most pressing question of all – what happens to The Mother Who Stayed when The Mother Who Left comes back?

I was given an advanced copy of this book for an honest review. After reading Virginia’s previous novel What Milo Saw I was intrigued to read this one. This was a brilliant read with lots of twists and turns. I liked the fact that the chapters were short but also because each chapter was by a different person which kept it fresh but also I wanted to read on to find out what happened to each person. I really enjoyed this quirky tale of a very unusual family. 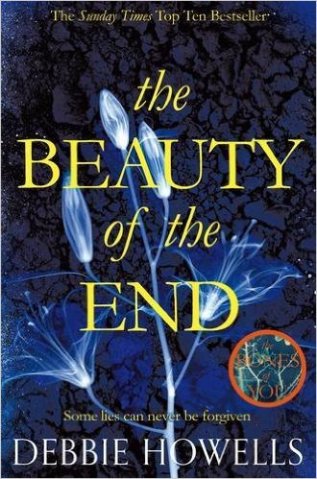 I was fourteen when I fell in love with a goddess . . .

Ex-lawyer Noah has never forgotten his first love. When, years later, he hears that she’s suspected of murder, he knows with certainty that she’s innocent. With April on life-support and the evidence pointing towards her guilt, he’s compelled to help her. But he’s also unprepared as he’s forced to confront what happened between them all those years ago.

A secret she would never reveal

April Moon had loved Noah. She never wanted to hurt him. But there was something – and someone – dark in her life which made happiness together impossible.

A family she could never forgive

Ella is a troubled teenager with her own secrets to tell. But no one will listen. What Ella knows holds the key to finding the killer. But as Noah, April and Ella’s stories converge, shocking revelations come to the surface. The truth is obvious. Or so everyone believes . .

I have read Debbie Howells first book ‘The Bones of You’ and really enjoyed it so I was really looking forward to her second book. The story grabbed me from  the start and the whole way through the book I felt gripped, I managed to read it within a day and a half. I didn’t find it as fast paced as Debbie’s first book but I think it was very well plotted and had some really good descriptions. I couldn’t of guessed what was going to happen which is a must for me and there are twists and turns that will leave you saying oh my god!

Secrets. Sisters. The summer that changed everything . . .

Life in the Cornish village of Pendruggan isn’t always picture perfect. Penny Leighton has never told anyone why she’s estranged from her mother and sister. For years she’s kept her family secrets locked away in her heart, but they’ve been quietly eating away at her. When an unwelcome visitor blows in, Penny is brought face to face with the past. And a postcard, tucked away in a long-hidden case, holds the truth that could change everything.

Young Ella has come back to the place where she spent a happy childhood with her grandmother. Now she’s here to search for everything missing in her life. Taken under Penny’s broken wing for the summer, the safe haven of Pendruggan feels like the place for a fresh start. Soon, however, Ella starts to wonder if perhaps her real legacy doesn’t lie in the past at all.

I was so excited to receive an advanced copy of this book, I have read all of Fern Britton’s novels and really enjoyed them. The cover is absolutely stunning and I couldn’t wait to melt away into this story. Some of the characters I have met already as I have read the previous novels so felt as though I was back there with friends. The story does tackle some rather personal issues but they are all dealt with such sensitivity.  I do wonder whether there will be a sequel, I would definitely like one.

HOW DO YOU LEAVE THE PERSON YOU LOVE THE MOST?

Will Curtis’s six-year-old daughter, Ella, knows her father will never leave her. After all, he promised her so when her mother died. And he’s going to do everything he can to keep his word.

What Will doesn’t know is that the promise he made to his little girl might be harder to keep than he imagined. When he’s faced with an impossible decision, Will finds that the most obvious choice might not be the right one.

But the future is full of unexpected surprises. And father and daughter are about to embark on an unforgettable journey together . . .

This book intrigued me as I don’t normally read books with unrealistic plots and even though I am glad I have read it, it wasn’t really for me. It is a very emotional story that I found really hard to read. I found some conversations between Ella and her father Will a bit too complex for her age too. The characters were all good but the story just wasn’t my cup of tea.

What if your first love was your only love?

When Molly is diagnosed with a life changing illness, it feels like her whole world has come crashing down. She hopes the news will make her marriage to Sam stronger. But why does Molly always call best friend Ed in a crisis?

Ed. The very same Ed that Molly fell in love with at a party when they were teenagers, underneath a star-filled sky. Then life took them in very different directions. They could only ever be friends.

Suddenly Molly starts to question every decision she’s ever made. What if they could turn back the clock? Back to the very beginning. When the only certainty they shared was each other …

I was lucky enough to get an advanced copy of this book for an honest review. I have not read any of Ella Harper’s books before but I really enjoyed this one. I knew from reading the back it would be a weepy kind of read and it was but it also had a love story to go with it. I found I warmed alot to Molly the main character and I did feel sorry for what she had to go through with her life changing illness. I really didn’t like her husband Sam what a coward, I couldn’t believe some of the stuff he said to Molly. Even though it kept on flitting between the different characters and the past and present it was easy to work out what was going on. Apart from Sam I liked all the characters, this is a emotional story but also one to make you stop and think. Lots of twists and turns made for a perfect read.