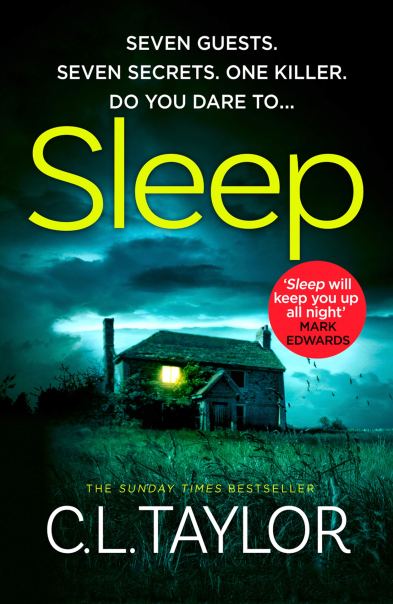 All Anna wants is to be able to sleep. But crushing insomnia, terrifying night terrors and memories of that terrible night are making it impossible. If only she didn’t feel so guilty…

To escape her past, Anna takes a job at a hotel on the remote Scottish island of Rum, but when seven guests join her, what started as a retreat from the world turns into a deadly nightmare.

Each of the guests have a secret, but one of them is lying – about who they are and why they’re on the island. There’s a murderer staying in the Bay View hotel. And they’ve set their sights on Anna.

Someone’s going to sleep and never wake up…

You know when you read a book about a remote setting that your in for a creepy story and this one did not disappoint. I have read a plot like this before but the story was no where near as good as this one. Twists and turns at every available point keeps the reader on edge and then the ending was sublime. You can’t get much better than this. Another brilliant read from a fantastic author. 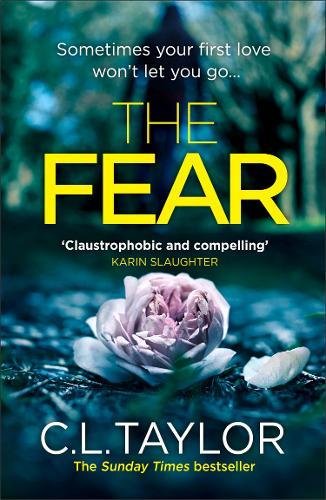 When Lou Wandsworth ran away to France with her teacher Mike Hughes, she thought he was the love of her life. But Mike wasn’t what he seemed and he left her life in pieces.

Now 32, Lou discovers that he is involved with teenager Chloe Meadows. Determined to make sure history doesn’t repeat itself, she returns home to confront him for the damage he’s caused.

But Mike is a predator of the worst kind, and as Lou tries to bring him to justice, it’s clear that she could once again become his prey…

If you want to read a psychological thriller at it’s best this is the author for you. Twists and turns at every possible angle makes you slightly breathless as to what will come next. It is a tense and unpredictable that you will not want to put down.

I received an ARC copy of this book in exchange for an honest review. 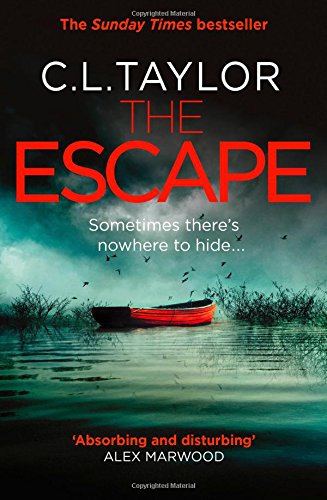 When a stranger asks Jo Blackmore for a lift she says yes, then swiftly wishes she hadn’t.

The stranger knows Jo’s name, she knows her husband Max and she’s got a glove belonging to Jo’s two year old daughter Elise.

What begins with a subtle threat swiftly turns into a nightmare as the police, social services and even Jo’s own husband turn against her.

No one believes that Elise is in danger. But Jo knows there’s only one way to keep her child safe – RUN.

I have enjoyed Cally’s previous novels and was excited to see that I would be getting an advanced copy of it. I read this one within two days and I found it well paced.The story is about Jo Blackmore and her family and a stranger is bought in to upset their lives forever. It is weird and creepy and you don’t really know who you can trust. I couldn’t believe the ending. A very intriguing intense thriller.

These are C. L. Taylor’s other books: 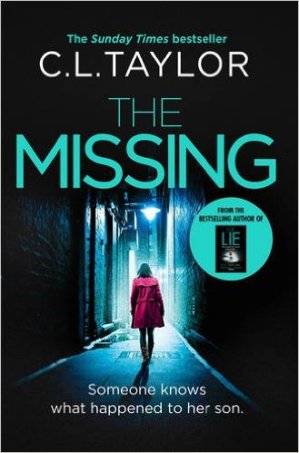 You love your family. They make you feel safe. You trust them.

When fifteen-year-old Billy Wilkinson goes missing in the middle of the night, his mother, Claire, blames herself. She’s not the only one. There isn’t a single member of Billy’s family that doesn’t feel guilty. But the Wilkinson’s are so used to keeping secrets from one another that it isn’t until six months later, after an appeal for information goes horribly wrong, that the truth begins to surface.

Claire is sure of two things – that Billy is still alive and that her friends and family had nothing to do with his disappearance.

A mother’s instinct is never wrong. Or is it?

I received an advanced copy of this book, as I have read Cally’s other books I was looking forward to getting stuck into this one. I enjoyed it but not as much as Cally’s other books. I guessed early on about who knew about more about Billy’s disappearance. I wouldn’t say it ruined it for me as there is more than meets the eye, there were twists and turns which kept me gripped. I liked it, I just didn’t love it as much as I hoped I would.

This was no accident…

Haunting, compelling, this psychological thriller will have you hooked. Perfect for fans of Gone Girl and Daughter.

I know your name’s not really Jane Hughes . . .

Jane Hughes has a loving partner, a job in an animal sanctuary and a tiny cottage in rural Wales. She’s happier than she’s ever been but her life is a lie. Jane Hughes does not really exist.

Five years earlier Jane and her then best friends went on holiday but what should have been the trip of a lifetime rapidly descended into a nightmare that claimed the lives of two of the women.

Jane has tried to put the past behind her but someone knows the truth about what happened. Someone who won’t stop until they’ve destroyed Jane and everything she loves . .

I was lucky to get an advanced copy of this book and I loved it just as much as Cally’s first book called The Accident. There are twists and turns in this story that you wont see coming and I loved how Cally brings you into her story so much like you feel like your there. I thought the characters were very interesting and thought provoking. I really like the fact that Jane worked at an animal sanctuary, this was clearly researched into very well. I really look forward to Cally’s next book.

Sue Jackson has the perfect family but when her teenage daughter Charlotte deliberately steps in front of a bus and ends up in a coma she is forced to face a very dark reality.

Retracing her daughter’s steps she finds a horrifying entry in Charlotte’s diary and is forced to head deep into Charlotte’s private world. In her hunt for evidence, Sue begins to mistrust everyone close to her daughter and she’s forced to look further, into the depths of her own past.

Sue will do anything to protect her daughter. But what if she is the reason that Charlotte is in danger?

I couldn’t put this book down as it is so full of twists and turns. I liked how it alternated between present day and  Charlotte’s mother’s diary from the past. I grew to like Sue despite her flaws. I read this book within two days and was really intrigued what was going to happen next. This was a brilliant debut novel and I am excited to read the author’s next book called The Lie.

If you want to purchase this book click on the link below.