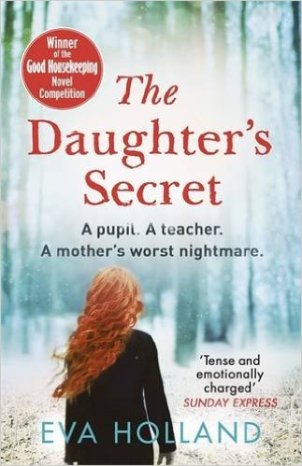 My daughter is a liar. A liar, liar, liar. And I’m starting to see where she gets it from.

When Rosalind’s fifteen-year-old daughter, Stephanie, ran away with her teacher, this ordinary family became something it had never asked to be. Their lives held up to scrutiny in the centre of a major police investigation, the Simms were headline news while Stephanie was missing with a man who was risking everything.

Now, six years on, Ros takes a call that will change their lives all over again. He’s going to be released from prison. Years too early. In eleven days’ time.

As Temperley’s release creeps ever closer, Ros is forced to confront the events that led them here, back to a place she thought she’d left behind, to questions she didn’t want to answer. Why did she do it? Where does the blame lie? What happens next?

This book is all about a young girl who goes on the run with her school teacher, it is how her family cope with the situation and how when the teacher is released from prison they all deal with it. I found this book very hard to get on with, I didn’t really connect with the characters and I felt as though Stephanie’s mum was a little over the top. It does sound like an interesting story but it just wasn’t for me. I felt as though there were many unanswered questions at the end too.