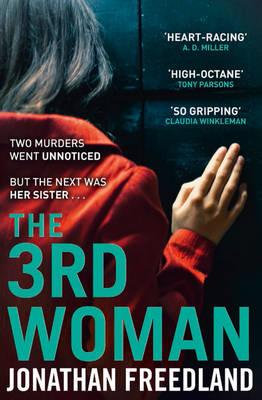 SHE CAN’T SAVE HER SISTER

Journalist Madison Webb is obsessed with exposing lies and corruption. But she never thought she would be investigating her own sister’s murder.

SHE CAN’T TRUST THE POLICE

Madison refuses to accept the official line that Abigail’s death was an isolated crime. She uncovers evidence that suggests Abi was the third victim in a series of killings hushed up as part of a major conspiracy.

SHE CAN EXPOSE THE TRUTH

In a United States that now bows to the People’s Republic of China, corruption is rife – the government dictates what the ‘truth’ is. With her life on the line, Madison must give up her quest for justice, or face the consequences…

I was given an advanced copy of this book for an honest review. I have to say I found it fairly hard going. I think it would probably be best to read whilst on holiday or time away from work and other things, as I just couldn’t really get in to it. I liked the plot but I only finished it as I wanted to see what happens, there are some twists and turns and the ending is good but for this book, I would recommend reading on holiday when you have a little more time to concentrate on it.

Follow Echoes In An Empty Room on WordPress.com
Join 1,255 other followers